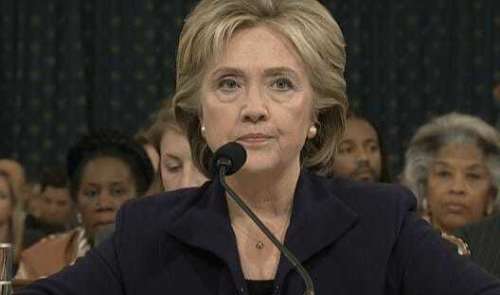 A former Law Enforcement Officer named Roscoe B. Davis unveiled a number or tweets over the weekend tying the attack in Benghazi to the Clinton Foundation. The foundation reportedly made millions gun running and General Flynn was allegedly attacked because he knew too much.
The tweets are as follows and start with information about the Taliban having US Stinger missiles:

McCain’s contact by the name of Marc Turi sold billions to the US in weapons and was involved in the Obama plan to give guns to Al-Qaeda to get them to overthrow Qaddafi:

Charges against Turi were dropped in Obama’s last days in office.

He knew the US was running the arms through Libya but the CIA surprisingly was not supportive of this:

POLL: Should Hillary Be In Jail?

Hillary put Stephens in Benghazi to clean up her mess after it was discovered that Al-Qaeda terrorists were obtaining the US arms. When he was murdered Hillary and Obama had to create a cover up story:

The story in Benghazi was why Stephens was even there:

Stephens was in Benghazi allegedly working for the Clinton Foundation:

The US was attacked in Benghazi which was bad because Hillary wanted to keep the operation there low key:

Americans knew from the beginning it was a terrorist attack — because it was!

It took the FBI 23 days to get to Benghazi and investigate:

General Flynn knew the truth behind the entire situation:

Hillary didn’t care about any deaths or guns to American enemies – she was making millions on the deal.

It’s time that Hillary and Obama are brought to justice.
If President Trump does not bring to justice the people in the Deep State responsible for selling guns to our enemies and lying about it and the fate of four Americans, he will have a difficult time being re-elected!