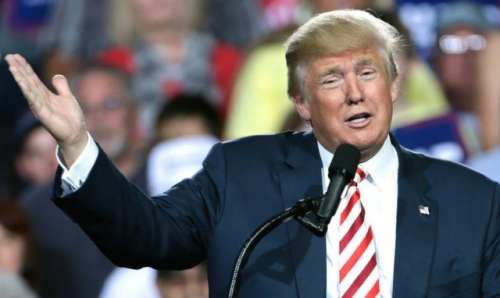 There is an email/social media post, bearing the delightful nom de plume of “Hyram F. Suddfluffel,” going around the internet at present, one which is pretty timely and quite well reasoned and which might make you rethink your preconceived notions about how much resistance we should all have to the Democrats’ impeachment madness.

At least, until the process gets to the Senate.

Here’s the email, cribbed in full so as to do it justice:

I have a degree in Political Science, and I am a card-carrying Libertarian. I’ve been studying politics and political history for the past 30 years. My specialty is U.S. Presidents. That said, I hope that the House of Representatives impeaches Trump. Let me tell you what will happen next!

1. The House can pass articles of impeachment over the objections of the Republicans, and refer to the Senate for trial.

2. The Senate will conduct a trial. There will be a vote, and the Republicans will vote unanimously, along with a small number of Democrats, to not convict the President. Legally, it will all be over at that point.

3. However, during the trial, and this is what no one is thinking about right now, the President’s attorneys will have the right to subpoena and question ANYONE THEY WANT. That is different than the special counsel investigation, which was very one-sided. So, during the impeachment trial, we will be hearing testimony from James Comey, Peter Strzok, Lisa Page, Bruce Ohr, Glenn Simpson, Donna Brazile, Eric Holder, Loretta Lynch, Christopher Steele, Hillary Clinton, John Brennan, James Clapper, and a whole host of other participants in this whole sordid affair and the ensuing cover up activities. A lot of dirt will be dug up; a lot of truth will be unveiled. Finger pointing will occur. Deals will start being made, and suddenly, a lot of democrats will start being charged and going to prison.

All this, because, remember, the President’s team will now, for the first time, have the RIGHT to question all of these people under oath — and they will turn on each other. That is already starting.

4. Lastly, one more thing will happen, the Senate will not convict the President. Nothing will happen to Trump. Most Americans are clueless about political processes, the law, and the Constitution. Most Americans believe that being impeached results in removal from office. They don’t understand that phase 2 is a trial in and by the Senate, where he has zero chance of conviction. Remember, the Senate is controlled by Republicans; they will determine what testimony is allowed — and **everything** will be allowed, including: DNC collusion with the Clinton campaign to fix the election in favor of Hillary, the creation of the Trump dossier, the cover up and destruction of emails that very likely included incriminating information. They will incriminate each other for lying to the FISA court, for spying and wiretapping the Trump campaign, and for colluding with foreign political actors, especially George Soros. After the Senate declines to convict the President, we will have an election, and Trump will win. It will be a backlash against democrat petulance, temper tantrums, hypocrisy and dishonesty. Even minorities will vote for Trump, because, for the first time, they will see that democrats have spent 2+ years focused on maintaining their own power, and not doing anything at all about black murders in Chicago, homelessness, opioids, and other important issues that are actually killing people. And, we will spend the following four years listening to politicians and pundits claim that the whole impeachment was rigged.

So let’s move on to impeachment.

This thing has become such an underground sensation that Snopes has even weighed in, claiming that it’s “unproven.”

Snopes writer Dan MacGuill, whose nom de plume is nowhere near as colorful as Hyram F. Suddfluffel, claims that the email’s conclusion that a two-thirds vote for impeachment in the Senate is impossible is “exaggerated,” but he concedes most of the rest of the premise to be realistic.

But he argues it nonetheless. For example, MacGuill quibbles with the idea that Trump could call any witness he wants during an impeachment trial while conceding that the “Rules of Procedure and Practice in the Senate When Sitting on Impeachment Trials” does include a formula of words for subpoenas in such trials, specifying that the subpoena can be issued on behalf of “the party impeached, or of his counsel.” He says that doesn’t mean an unlimited exposure to subpoena, as some of those potential subpoenas could be quashed by a federal court.

News flash: none of the people Trump is likely to call as witnesses in an impeachment trial are going to have their subpoenas quashed as irrelevant to the bill of particulars brought to the Senate by a House impeachment. The clowns in charge of the impeachment show in the House will make sure that’s true by throwing everything but the kitchen sink at Trump in the impeachment. And therefore all of the past three years will be relevant to the case — James Clapper, John Brennan, Samantha Power, Ben Rhodes, Barack Obama, Eric Holder, Loretta Lynch, Hillary Clinton, John Podesta, Bruce and Nellie Ohr, Peter Strzok, Lisa Page, Andrew McCabe, James Comey … we can go on and on about the Democrat and Deep State conspirators who came together in an attempt to derail and overturn the legitimate results of an American election under the guise of saving democracy from untoward meddling from foreign powers colluding with bad actors here.

They’re all fair game, and they’ll all go under oath to be cross-examined without end by the best trial lawyers money can buy — with the unlimited resources of the White House and the executive branch generating evidence to support and direct those questions.

And with the Senate Republicans in charge of the trial.

Does this sound at all like an environment Democrats believe will benefit them?

Increasingly it’s apparent the Democrat party isn’t very good at thinking through their actions before uncorking them. That’s precisely what impeachment, which plays exceptionally badly with people in red, purple, and light-blue states, is an example of.

Consider your author at least a half-serious proponent of the theory that what’s really at stake here isn’t a Democratic coup against the president, but rather a hard-left coup against Joe Biden within the Democrat party. Biden, whose dealings on behalf of his ne’er-do-well son in Ukraine and elsewhere cannot escape the steamroller an in-depth investigation of the Ukraine matter would become, would be finished, once again, as a presidential candidate. When he is, there would be no further old-school center-left leadership in that party, and the socialist crowd would inherit its ashes. Impeachment means Elizabeth Warren as the 2020 nominee and virtually certain defeat. And not just in the presidential election: the House would return to the GOP, and Nancy Pelosi, who is the captive queen of Capitol Hill, would be through.

But in 2024, the Democrats would become the Socialists, and a fresh new avatar of the Hard Left would be cut from whole cloth just as Barack Obama was. And should that candidate win election thanks to indoctrinated millennials and Generation Y-ers, the Hard Left believes, the long project to convert this country from the Land of the Free to the Home of the Tax Slave would be complete.

It’s hardly set in stone that this is our future. And it’s just a theory. But it’s as plausible as the idea the Democrats really are so arrogant that they think they can convince two-thirds of the Senate to vote to remove a duly elected president on accusations that, at worst, are a shadowy reflection of conduct their own people engaged in during the previous administration.

Scott McKay is publisher of the Hayride, which offers news and commentary on Louisiana and national politics. He’s also a novelist — check out his first book “Animus: A Tale of Ardenia,” available in Kindle and paperback.