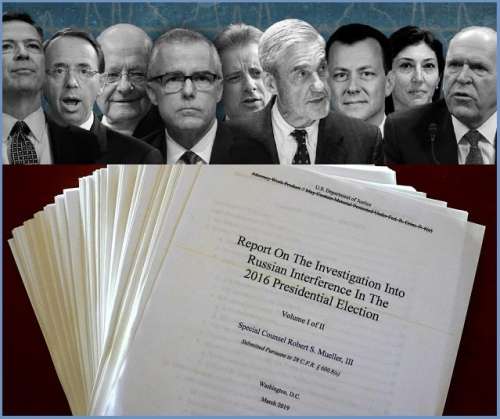 Everything after March 9th, 2016, is a function of two intelligence units, the CIA and FBI, operating together to coverup prior political surveillance and spy operations.

Prior to March 9th, 2016, the surveillance and spy operation was using the NSA database to track and monitor their political opposition. However, once the NSA compliance officer began initiating an internal review of who was accessing the system, the CIA and FBI moved to create ex post facto justification for their endeavors. [Full Backstory]

The evidence for this is found in the documents attached to both operations; and bolsters the original statements by Congressman Devin Nunes as highlighted below.

♦The CIA track took place between March and July 2016, and consisted of using foreign intelligence allies in Italy, the U.K and Australia to create a background illusion of Russian involvement with the Trump campaign. This operation was based on earlier -more innocuous- contacts from various countries, weaponized and redeployed in what everyone calls “spygate”. This track successfully culminated in Operation Crossfire Hurricane.

♦The FBI track was domestic-centric, albeit sub-contracted to Fusion GPS and later a former British intelligence officer, and took place between April and October 2016; also to create the illusion of Russian involvement. This operation is best known around the Steele Dossier and FISA warrant against U.S. person Carter Page. The FBI track continued with the Mueller investigation into 2017, 2018 and 2019.

Go to URL above for rest of the story. Gene